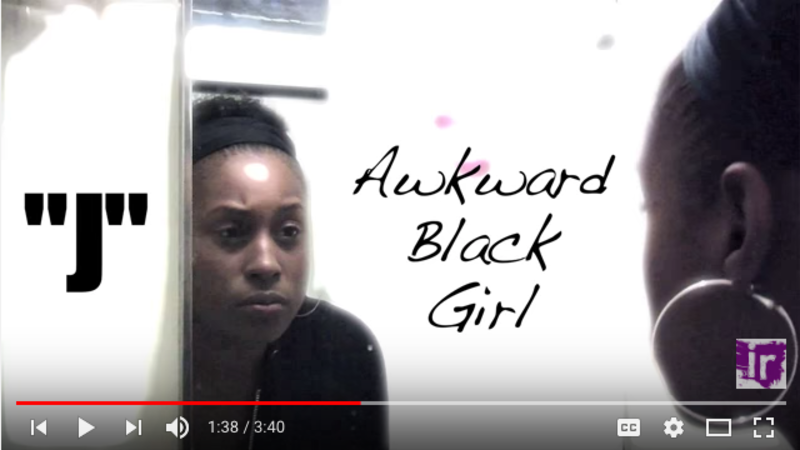 Current media in the US contains tropes, myths, and stereotypes that have been present in pop culture from before slavery (such as that of the Black female body as unruly and deviant, as spoken of in European travelogues of the 16th century (Morgan)), through the blues era (such as that of the Jezebel, or hyper-sexualized Black woman (Granda)), through the mid-1900s (such as images of Black women as ruining Black communities by dominating Black men (Collins)). These images are easily accessible in the minds of those creating and consuming US media, and they are perpetuated consistently through pop culture today.

That said, there are also images that defy these stereotypes and also call to attention the racism in today’s culture. Issa Rae Diop’s show The Mis-Adventures of Awkward Black Girl (ABG) is one example of a pop culture artifact that pushes back against these tropes. ABG shows its protagonist, J (a Black woman played by Issa Rae herself, the show’s creator), as a normal woman, not hyper-sexualized or overly aggressive or dominating. This allows audiences to see a side of Black women that often is not portrayed in US media, due to frequent roles that require Black women to play into one-sided, simple stereotypes. In J, audiences can see a complex woman with struggles and intellect and growth.

Beyond portraying nuanced Black womanhood, ABG brings attention to the racism present in J’s daily life. Though no mention of race is made in the episode above, many episodes of ABG call to attention the ridiculousness of the racism that J encounters on a daily basis. Done in a satirical way and with humor, ABG effectively brings racism to light in a way that again defies mainstream media and challenges its audience to question norms and stereotypes present in a white supremacist society.

In the episode above (the first episode of the first season), J displays her agency by narrating her own story. When discussing her relationship with D, her ex-boyfriend, J makes it clear that, though he was “the only man I’d ever loved,” J’s relationship with D doesn’t define her story. Instead, he is merely a part of the story – and in fact, J uses the breakup as an opportunity to define herself more: “I needed a fresh start. And to me a fresh start meant…cutting all my hair.” Later, D gets back together with J only to reject her again, now because J’s new lack of hair makes him “feel gay,” like he’s dating a man. Rather than letting D have any say in her identity, she rejects his opinion on her Black womanhood and writes raps to show it: for example, “I hope you drown; that’ll turn my frown, upside down.”

J self-identifies as an “awkward Black girl.” And while she claims to agree with someone who “once told [her that awkward and Black] were the two worst things anyone could be,” she also displays no motivation to change. Rather she fully embraces herself – her self-introduction to the audience is straightforward and unapologetic: “My name is J, and I’m awkward. And Black.” This sets the stage for a person who recognizes who she is, doesn’t see the traits as flaws even if others do, and knows how she wants to tell her story.

J’s authorship and narration of her own life is an example of current media that is pushing back the tropes and stereotypes of Black womanhood, to show the nuance and complexity in the story of an individual Black woman who resists fitting into a simple trope and also resists being a symbol of a group.